We honor these TCG operators whose keys have gone silent 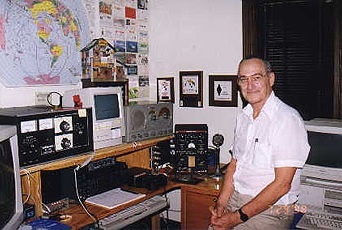 From N5HV himself (Sept. 1, 1998)
Please: no tears or sympathy. This cat has had a much better life than
any white man has any reason to expect. It has been very rich and if I
leave tonight, I will leave with only one regret: that of leaving my
lovely wife to fend for herself. Other than that, I never in my wildest
life expected to have such a good life and I honestly feel that I’m
going to have to spend some time in Purgatory to make up for it!!!
When you hear of my going to the Happy DX Hunting Ground, toast my life
with some champagne!! The DX up there is going to be fantastic.
Best 73,
Rod, N5HV 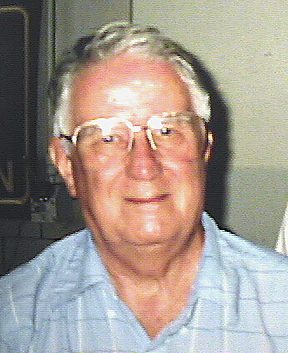 GIESLER, JEAN V., JR. age 81, of Knoxville, died Friday, August 19, 2005 at Brakebill Nursing Home. He was a member of St. John’s Episcopal Cathedral. Mr. Giesler attended the University of Tennessee where he was a member of Kappa Sigma Fraternity. He was a U.S. Army Corps veteran serving during World War II and had retired as a quality engineer after 50 years with Robert Shaw Co. A very active amateur radio operator, he was W4TYU. He was preceded in death by a son, J.V. Giesler, III. He is survived by his wife, Blanche M. Giesler; son, Charles Bryson Giesler of Houston, TX; daughter-in-law, Victoria Hawkins of Houston; daughters and sons-in-law, Lucy and Joe Fleming of Kingsport, TN, Mary and John Harvey of Houston, Anne and Greg Abel of Austin, TX; 7 grandchildren; and 1 great grandchild. Following a private interment, there will be a memorial service 5:30 P.M. Monday August 22 at St. John’s Cathedral with The Very Rev. John C. Ross officiating. The family will receive friends following the service in the Great Hall. In lieu of flowers, memorials may be made to St. Jude Children’s Research Hospital, 501 St. Jude Place, Memphis, TN 38105-1905 or Interfaith Health Clinic, 315 Gill Ave., Knoxville, TN 37917. Arrangements by Rose Mortuary Mann Heritage Chapel

From K4RO: It is with great sadness that I must report the passing of Larry Lindblom W0ETC. Larry was one of the TCG’s first out-of-state members, and he participated on TCG NAQP teams year after year. Larry was also a frequent operator at Iowa’s biggest superstation, N0NI, when not doing single op from his own station. W0ETC was a big fan of radio teletype, and he always made sure there were PLENTY of TCG teams on the air for the NAQP RTTY contests. In 2001 he took first place in the very first TCG RadioActive Report in the number of contests worked — this guy loved to operate. Larry W0ETC was a contest operator who played by the rules every time. His wisdom beyond contesting will leave a lasting impact on me forever. 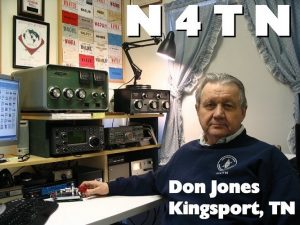 A native of Kingsport, he was a graduate of Dobyns-Bennett High School and served with the U.S. Army in Ethiopia for three years.

Steve Woods JOEL STEPHEN WOODS, age 66 of Athens, Tenn. passed away Monday, March 26, 2018, in Starr Regional Medical Center of Athens, Tenn. He was a native of Bristol, Va., resident of McMinn County since 1977, a son of the late O. H. and Vernice Geneva Wyatt Woods, and was preceded in death by his Son, Adam Keith Woods. He retired from TVA as an electrical engineer. He was an amateur radio operator with a call sign NA4K. Survivors include his Wife of 46 years, Donna K. Parham Woods of Athens, Tenn.; Two daughters and Son-in-law; Lisa and Guy Neisler III of Athens, Tenn. and Sara Woods of Madison, Ala.; Brother, Mark Woods of Cookeville, Tenn.; Daughter-in-law, Angie Woods of Jackson, Tenn., Two Grandchildren, Geneva Neisler and Guy Neisler IV; Step-Granddaughter, Jasmin Holt; several nieces and one nephew.

Bill O’Kain (and XYL Ruby K4UPS) Oak Ridge – Billy Joe O’Kain (Bill), 89, of Oak Ridge, died Tuesday, April 28, 2020. He was born February 20, 1931, at Jackson’s Chapel, TN, in Dickson County, and moved with his family to Concord, TN, in Knox County in September 1943. He attended Farragut High School in his 8th, 9th, and 10th grades before he and his family moved to Oak Ridge, TN, in May 1945. He attended Oak Ridge High School and played varsity baseball and basketball, graduating in 1948.

Patrick J. Richmond, age 68, passed away September 18, 2017. He was a member of Saint Albert the Great Catholic Church. He was a HAM radio operator for over 50 years (W4PV). He retired from Northwest Middle School after 35 years of teaching. He was a loving husband and friend. Preceded in death by parents Frank C. and Genevieve C. Richmond and brother John Michael Richmond. Survived by wife of 29 years Diane Hankins Richmond; 5 nieces and nephews; special friends Bill and Sarah Greene and Wayne Wolfenbarger, as well as, friends whom he met through HAM radio. Funeral Mass will be held Saturday September 23, 2017 at 10:00a.m. at Saint Albert the Great Catholic Church, Father Chris Michaelson officiating. Family will receive friends after the service. A private burial service will be held at a later date. In lieu of flowers family requests donations be made to the Saint Albert the Great Catholic Church Building Fund in Patrick’s memory.

Rev. William Pollard Hall was born on February 13, 1932 and passed away on May 19, 2020. I (K4RO) had the pleasure of hosting Bill here for the 2000 CW Sweepstakes contest. He was a very good operator and really enjoyed ham radio. Bill helped establish a station at his retirement community and was heard in numerous contests until his passing — more evidence of his deep love for our special radio games.

Mr. Thomas M. Mayse, 57, of Elizabethton, passed away suddenly on Thursday, April 26, 2012 in the Johnston Memorial Hospital in Abingdon, VA. He was the son of the late Edward C. and Delphine G. Brock Mayse and was born in South Bend, IN. In addition to her parents, he was preceded in death by a brother, James Edward Mayse. Mr. Mayse was a veteran of the United States Army having served in Vietnam. His hobby was amateur radio electronics. He was the Senior Field Service Engineer for Engineered Telecom Solutions, Inc. and was of the Protestant faith. He is survived by his sister, Sherry Merkousko of Piney Flats. The funeral service for Mr. Mayse will be conducted on Friday, May 4, 2012 at 11:30 a.m in the Chapel of Peace, Tetrick Funeral Home, Elizabethton. The family will receive friends in the funeral home chapel from 10:00- 11:30 AM Friday prior to the service. Interment will follow the funeral service at 1:00 PM at Mountain Home National Cemetery, Mountain Home, Tennessee. Military honors will be accorded by the Carter County Honor Guard.
TCG Info