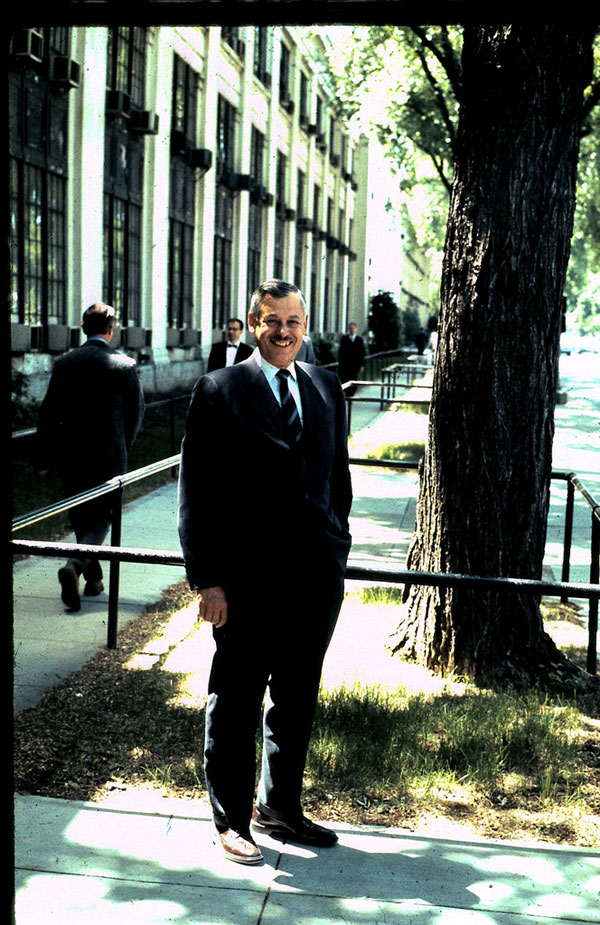 It is with great sadness that I inform the contesting community of the passing of Gerard J. Scarano (AKA Jerry W1ZM). He passed away this morning in his sleep after a brief illness. He was 96.

A contesting powerhouse in the 60’s as W3MVB, Jerry was a member and past president of PVRC. He moved back home to CT in the very early 1970’s after retiring from federal service (DoD) and started his own engineering consulting firm. He built an incredible station on a hill overlooking the Thames River in Gales Ferry. He was given the call of W1ZM and altho a host of several multi-multi’s, the station piloted by Jeff/K1ZM as single-op ruled the contest standings until the mid-1980’s. YCCC got more than a few club points courtesy of Jerry.

I first met Jerry in 1979 as a navy ensign attending basic submarine school. Jerry was the trustee of the sub-base club, K1SSN, and after speaking to him about joining the club, he invited me to his place. I still remember driving to see him on a Saturday morning. As I drove up, I saw a tower with a 4L 20M yagi (what’s the big deal??) but when I pulled into the driveway, I saw the other 4 towers. Wow!! The shack had a big bank of homebrew 4-1000 amps – one affectionately called “The Blue Goose” and a pair of 6C21’s (the Rock Crusher)running class-C on 40M. Most of the gear was Collins with a few Kenwoods, Drakes, and EF Johnson. You changed bands by changing seats – quite a sight.We became quite close, and stayed in contact ever since.

He was like my adopted father, as my dad died when I was in college. Jeff and I did the final removal of the towers a few years ago when Jerry and his bride Ellie decided to live full-time at their winter home in New Port Richey, FL. He remained active on the air almost daily running a KW to a rooftop 20M vertical and a few dipoles. That vertical really worked! Ellie passed away a few years ago after a lingering illness. He travelled a good bit after she died and one of his recent highlights was finally travelling to VY2ZM and giving his stamp of approval to Jeff’s modest station on PEI.

I would normally schedule my FL visits to coincide with some sort of contest. I remember several phone SS tests, a PVRC reunion-on-the-air, and last years FQP. Always a few folks who had played at his CT QTH would stop to say Hi – he was normally in his chair watching me operate – but he heard you!!

Lots more stories could be told – if you have any special memories, please pass them along – his daughters will enjoy hearing them. Arrangements are not final but I will be heading down there in a day or 2. Post them to the reflector or e-mail to me (K0EJ at juno.com)